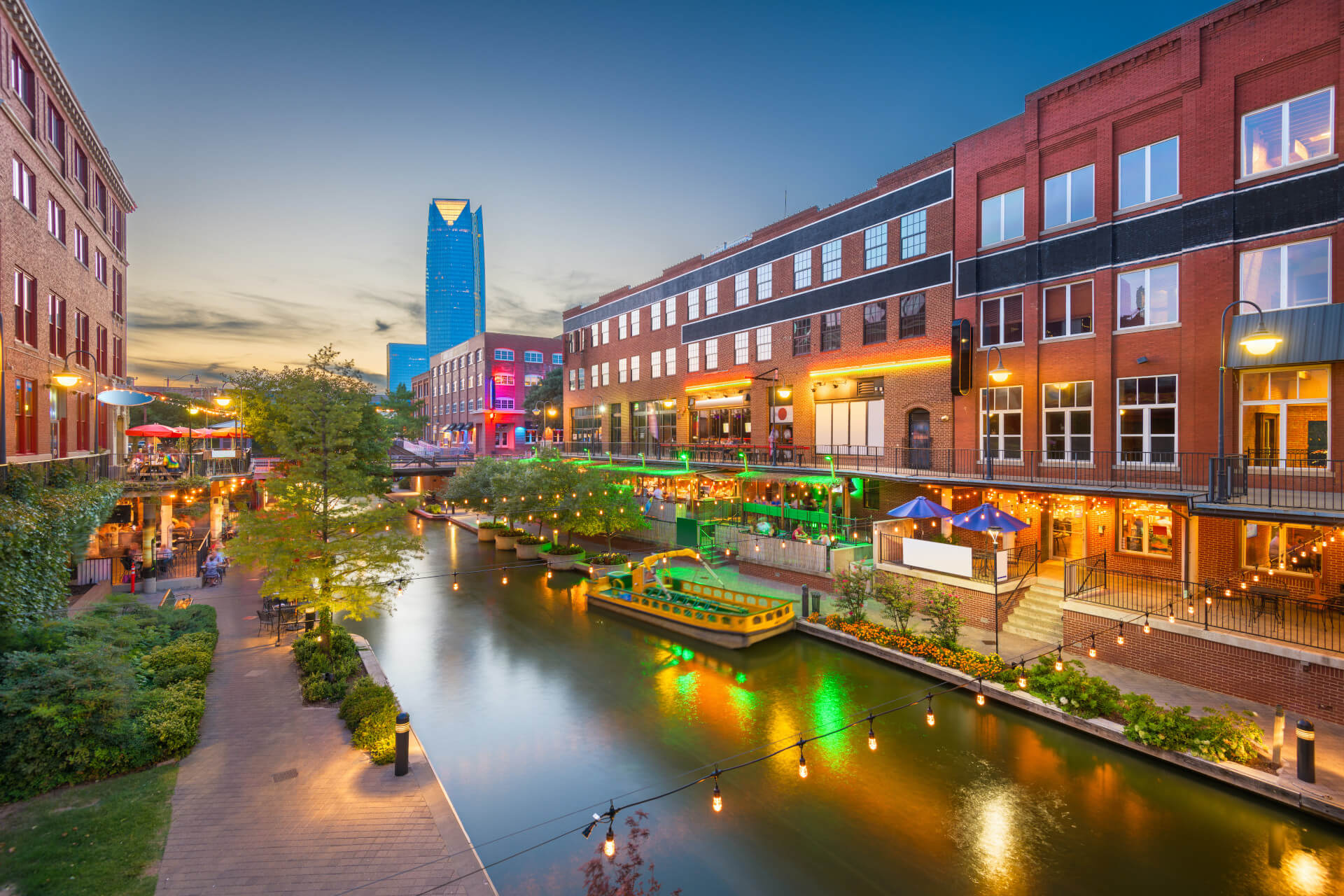 Welcome to the NOT fancy, but punch-you-in-the-face, shocking, amazing math session. I'm dumbfounded because . . .  confession here . . .  I'm not a mathematician. I am an amateur in some ways at math but I have been digging into the economical side of a question that has just been eating away at me.

I was sitting down with some, some buyer clients recently and I said something that shocked me. I said, "yeah, guys, I would encourage you to put less than that” because they were approaching the idea of purchasing a home like this: “we can probably scrimp and save and come up with $X, and that should be enough for 20% down.  That’s what we should do, right?”

Well, sure.  According to conventional wisdom if you can put 20% down you should.

As we discussed my still unsettling comment about putting as little money down as possible, an interest fact came up.  “You know, my credit union offers a 5% down loan with no PMI.”

“That's awesome! I would say that's a better call than a 20% down or 25% down loan any day”, I said and as a table full of mutual Dave Ramsey-ites we all looked at each other like," oh, did he just say that?"

It's not a good piggy bank. [It might be penny bank. I don't really know. It's a household debate. I'm going to call it piggy bank.]

It's not a good savings account. It IS a forced savings account, but if you would have purchased that $500,000 house in cash and it's just sitting there then guess what it's NOT doing . . . returning anything above inflation. In fact, in our market the average (read conservative) rate of appreciation is around 2% and realistically that's nowhere near the real rate of inflation. So we do have some market growth outside of that. And recently we've had some shockingly high rates of market growth. (Thanks pandemic. Thanks inventory shortages.)

Let’s jump onto a plain ole excel spreadsheet and see how this plays out. I'm going to compare a buyer who bought a house cash money to their two friends, who used loans. We're going to factor in all their costs over 30 years of owning that home. Then we're going to say, “Hey, what if you put 20% down, like a good American”, and, “well what if you put 5% down, like some imprudent, bad saver you?”

Okay, now here’s a cash buyer, we’ll call him Buyer Ben. Buyer Ben goes to purchase a lovely home priced at $150,000. Since Buyer Ben has been a diligent and studious saver for all of Buyer Ben's, wonderful millennial life so far, Buyer Ben only has to bring about 2,250 extra dollars to closing (to cover some title, company fees).

And because buyer Ben loves getting a good deal he paid all of his homeowners insurance up front. So buyer Ben brings 1.5% extra to closing, to cover those closing costs and prepaid expenses which is about 1.5% less than Loan Lanny will have to bring to cover them.  Buyer Ben will need to bring $152,250 to closing to purchase this home.

So that we have an apples to apples comparison buyer we’ll assume Buyer Ben and crew will own this home for 30 years. We’ll also ignore any potential rental income that would come from the homes down the road, and for now we’ll only consider buying the home and living there for the long haul.

So let's say they own it for 30 years and they live in it the whole time. Buyer Ben achieves 2% appreciation, which would be the Oklahoma city, normal conservative appreciation rate. 2% appreciation . . . and here’s the kicker:  the rate of appreciation is the same in all in all three instances, regardless of how the home is financed.  Because Buyer Ben paid cash, his cost of financing the home is a nice and tidy $0.

In walks a 20% Down buyer, Downer Dave.  Downer Dave went and purchased the same $150,000 home and they put down 20%. Unlike Buyer Ben, Dave incurred additional costs associated with the loan and taxes as an additional prepaid expense that the lender would require. So they have a slightly higher cash to close amount. They bring their 20% down, plus an estimated 3% closing costs and prepaid expense. And then this 20% down buyer holds the home for 30 years and achieves the same $266,000 value at term.

And the cost of this person's financing was a total whopping $73,987. So . . .  that's a lot, right? That is money that our diligent friend Buyer Ben did not pay over time because they paid cash for the home.  Doesn’t that make it a no-brainer that you should pay cash?  Well, not so fast! Let's look at the numbers: from the sale, there's a net gain of 192,000.

That's your value at term and then you subtract the cost of financing. Because both of these loans scenarios are going to be fully amortized (fully killed in case you don't speak Latin) at 30 years.  So at full term you own the full value of the home, but we’re going to need to account for all those pesky costs of financing.

So the net gain is $192,000, but when you're looking at the 192,000, you’ve got to remember 20% Downer Dave here only has $34,500 in the home upfront plus all the interest paid along the way.  All the other costs associated with owning the home are equivalent to what the others would experience. So, that net gain constitutes a 558% Return On Investment, which breaks down to an annual 18.59% return on investment.  Now THAT is a decent forced savings account!

[sidebar:  All these calculations are factored on a 3.5% interest rate, today’s prevailing conventional loan rate].

Back to Phoebe.  In addition to her 5% down she’ll be bringing 3% towards closing costs and prepaid expenses and of course she’ll be in her home for 30 years just like Buyer Ben and Downer Dave. Phoebe has the same value at the closing, but $87,859 in financing fees over the life of the loan.

So that leads to $178,516 netted from the sale. But compared to the $12,000 total that Phoebe has IN the home that's a 1488% Return On Investments or an annualized darn near 50% ROI. So simply from an ROI standpoint, if you gotta live somewhere and you're thinking through these lenses, you might think that cash is king, but cash is a comparatively paltry return.

Not to mention that you lose your hedge against inflation, which the loan builds in nicely.

Let’s assume here that the cash that was NOT used for the down payment or for the purchase by the other buyers was deployed into investments and achieved a 5% annualized rate of return.

[sidebar: everyone here is truly diligent, like Ben.  They each saved up the money to be able purchase cash, but Dave and Phoebe are choosing not to based on a hunch that they’ll get a better ROI elsewhere.  Obviously not everyone is able to purchase a home in cash, but for the sake of illustration our three amigos here are in fact able.]

So what happened to the additional investments that Dave and Phoebe made?

I hear you: “this is too simplistic. You would also want to factor in here other advantages of owning property, like tax advantages, right? Is the interest deductible?”

Now this is going to have some nuance with the increased standard deduction as it will likely change with the number of people that are itemizing their deductions over the next few years, but there's still a discernible and real value to the debt. Because interest paid on your primarily residence mortgage loan may be a deduction in some cases, it’s worth considering at some level, but we’ll not spend any more time on it here.

Perhaps this is the most important point of all Your loan dies.

Yes, you pay it off, but more than that: itis destroyed.  Shredded.  Completely torn apart.

How?  Just hold onto it and keep making your payments. It dies as the government continues to print money.  Inflation eats your fixed-rate debt. Let's leave it here, but if you keep pulling on that thread you’ll see a very powerful concept that real estate investors love to wield and I would argue that homeowners are in an equally strong position to utilize.

So is debt dumb?

Rest assured it's not as simple as “yes.”

On a case-by-case basis there is more to be considered, like variability in life. If you value predictability in your personal need for income, then that's a major reason why owning a property in cash may be valuable. The stability that can come by ONLY having your tax and (recommended) homeowner’s insurance payment can be freeing indeed, and that can be worth forgoing additional revenue in some cases.  In the investment world bonds are stable tools, which is why they achieve relatively low rates of return.  Stability and return are inversely correlated.

So, purchasing a home all cash isn’t wrong, yet it IS something we want to walk into eyes wide open. As I have come out of the Dave Ramsey camp (still a supporter of Sri. Ramsey, but keenly aware that when we say things en masse it can get confusing on an individual level, because life tends be a little more nuanced than broad-brush proclamations portray).

Speaking of painting with broad brushes . . . we’ve all heard people say things like, “your home is the best investment.”

Investment?  No.  Forced Savings Account with some massive side-benefits?  Yes.  However let's not justify unwise living by swallowing the pill of “my home is an investment, so I might as well buy twice the home.”

By the same token, let’s not blindly esteem cash as king if indeed it doesn't merit the title. From what we've seen from the central banks and planners of the world, along with the increasing odds that our own future leans socialistic, please don't think that cash can be counted on to be a stable holder of wealth. Therefore, the idea of purchasing real assets that naturally buoy and depress with the underlying economy and are not directly yoked to the dollar value seems good.

This is the same concept owning precious metals or otherwise owning anything of relatively stable appreciation that you can use--It has a utility that defines its value and not simply a value derived from a fiat pronouncement of "this is worth this, because I say this." When you have the opportunity to own an asset with real value in cash OR use long-term fixed rate debt that is at, or far below the real rates of inflation, then you have another factor that comes in and offers you a hedge against inflation.

So in addition to achieving a rate of return, in addition to allowing you to redeploy capital into different assets and thereby diversifying your financial mix, it also allows you to safeguard your total investment.

There is something to be said for the monthly ongoing stability of not owing on your personal home. But if you have an investment mind about you and you have a general desire to be financially wise to have financial wisdom and prudency then considering how to best utilize your dollars and how to diversify that instead of doing the typical American thing,

Thanks for joining. I hope this has been inspiring and thought provoking. It’s a joy to journey together in all things real estate